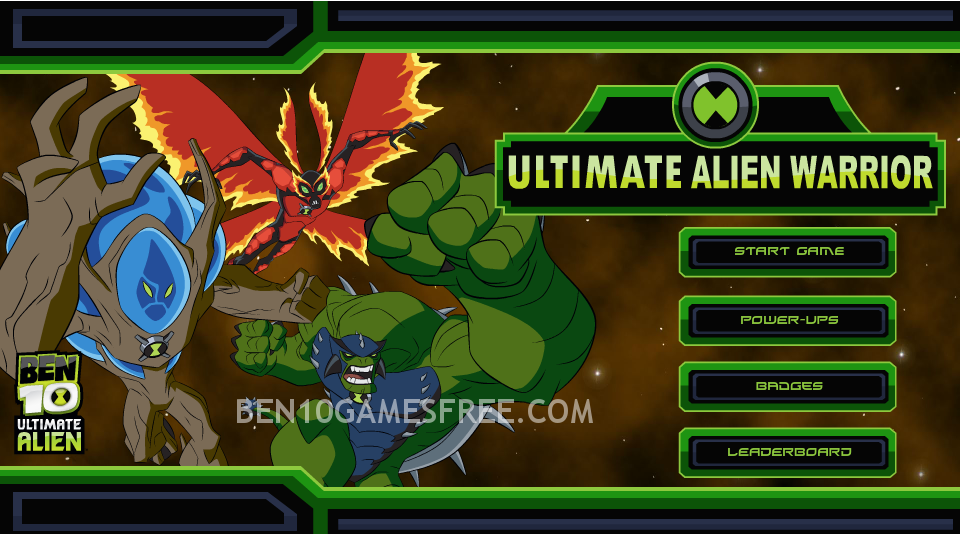 In Ben 10 Ultimate Alien Warrior Game you will get three levels to choose, Downtown Bellwood, Aggregor’s Ship and Time realm. You can transform yourself to any of the three Aliens mentioned below to fight with the enemies.

Pro Tip: Each Alien you choose has the different attacks to fight the enemies. Try to choose the Alien which is best suited to the particular condition

On the upper left of the screen, you will have three bars, first one will show the health of your Alien and it will eventually go down if you end up getting defeated, but if you fight with good skill, then you will see it filling up.

The Next Bar is the Power bar, once your power bar is full filled, then you are eligible to get some new powers. Last but not the least, Attack Bar, this bar helps you to do the Ultimate attack for getting the high amounts of damage.

In order to completely clear out the enemies of the surroundings, you have to use your Power Attack but remember it will continuously fall down as you are using it. You can use your ultimate attack anytime once the power meter is fully charged.

Now it’s your time to go in the battlefield and Sweep away all the enemies in action.

Don’t Forget to give your rating for Ben 10 Ultimate Alien Warrior game and share your tips and tricks to win this game in the comments section below.