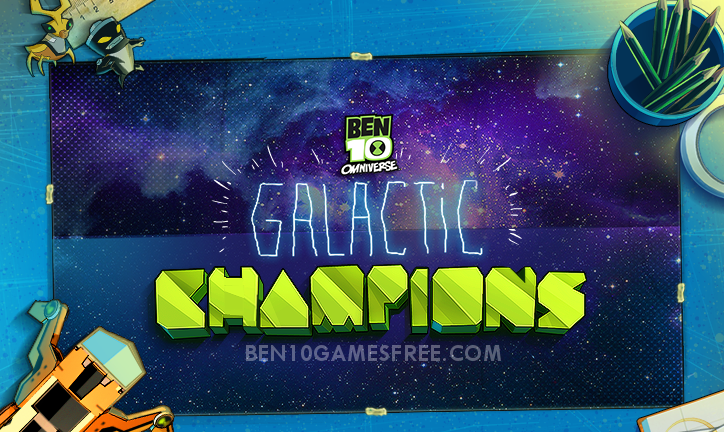 As mentioned earlier, Ben 10 Galactic Champions is a complete Ben 10 game. It is like story mode game and you get to choose almost everything right from the beginning of the game. It begins with choosing the kind of Omnitrix watch you want to play with.

There is total eight Omnitrix watch you have to choose to start your game.

After choosing the Ben 10 Omnitrix, you get to choose one from the three aliens and begin your journey in the Ben 10 Galactic Champions game.

Pro Tip: Choose the alien you are familiar with whose moves and powers.

With your desired Omnitrix and alien in place, now you are all set for challenges. These challenges come in two modes.

Apart from these modes, Ben 10 Galactic Champions game also has a Training mode where you can spend your reward points to train and upgrade your aliens.

The more you train the stronger your aliens become!

Another interesting stuff is Ben 10 Galactic Champions codes, but they are not available until you reach higher levels.

Make the Best alien team and win all the Tournaments to become the Galatic Champion! Good Luck!

Don’t Forget to give your rating for Ben 10 Galactic Champions Game and share your tips and tricks to win this game in the comments section below.